We offer a comprehensive range of infertility services and have all the facilities under one roof, required by a couple for assisted conception.

IUI is the process by which washed sperms (best quality) are injected into the uterus of the female patient. It is a safe and effective treatment for couples who have problems in cervix, have poor sperm count with low motility or suffer from premature ejaculation. IUI works by putting sperms directly into your uterus around the time you're ovulating, helping the sperm get closer to your egg.

IVF treatment can offer a solution for fertility problems experienced by both men and Women. In IVF, the female’s eggs are fertilized with the male’s sperm in a laboratory to create an embryo. The embryo is later transferred to the uterus of female and after some time, she is tested for pregnancy.

It is a type of IVF treatment used to address severe cases of malefactor infertility. It involves the use of specialized micromanipulation tools and equipment that allow embryologist to identify good quality sperms with a special needle and inject it directly In to the egg.

IVF with donor eggs offers a solution for women who are unable to produce viable good quality eggs for fertilization with their partner’s sperm. Egg are instead provided by an anonymous egg donor and once fertilized, the resulting embryo is implanted in the female partner to achieve pregnancy.

IVF with donor sperm offers a solution in cases where the male partner is medically unable to produce the viable sperm needed for the couple to conceive, or when the semen analysis is poor.

Using the new technique of vitrification, we are able to store sperms/eggs/embryos so that they can be used at a later date. This should be considered by all, so that you have the option of becoming parents later.

Using the new technique of vitrification, we are able to store sperms/eggs/embryos so that they can be used at a later date. This should be considered by all, so that you have the option of becoming parents later.

A frozen embryo transfer, commonly referred to as FET, is the process of using a frozen embryo from a previous IVF cycle. It's gaining popularity due to its safety and pregnancy success rates.

These are procedures that are performed to obtain sperms in cases of male infertility. This is a good option when there is zero sperm count due to production problem, blockage, vasectomy, or infection.

Assisted hatching is a scientific technique that can improve the implantation of embryos into the women’s uterine lining, by creating an opening through which the embryo can hatch out. tries technology is useful for women over 38 years with high FSH and recurrent IVF failures.

Used to help individuals or couples reduce their risk to have a child with a known inherited disorder caused by mutations in a single gene (monogenic), such as cystic fibrosis or Huntington disease.

Used to help individuals who have balanced chromosome structural rearrangements such as translocation or inversions to reduce the risk of having a child with an unbalanced structural abnormality, which involves extra or missing genetic material typically resulting in a pregnancy loss.

ERA is a cutting-edge test to determine the endometrial status and which time/period would be best for the transfer of the embryo for implantation. This test is beneficial for patients who have experienced implantation failures.

For Conventional intra-cytoplasmic sperm injection (ICSI), spermatozoa are selected at high magnification. However, the IMSI procedure allows a far better assessment, since spermatozoa are selected at a far higher magnification. IMSI may improve the chances of in vitro fertilization. IMSI is a real-time method where sperm are selected before the microinjection takes place. This is done using an inverted microscope that provides a much greater magnifying power (around 6000 times) than those that are normally used in reproductive laboratories (400 times) to carry out the ICSI. 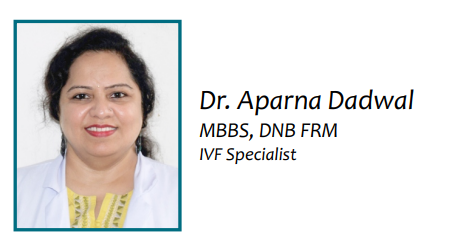 Get A Treatment Advice